What Is A Helmet Mounted Display

The HMD is basically a device that is used to feed information to the pilot of an aircraft. The device is planted right on the helmet so that the pilot can see the information and understand it without having to adjust anything. It is more or less like a monocle planted on the helmet, but instead of it correcting one’s vision, it is a screen with a myriad of information. The scope is more or less similar to that of Head up-Displays on an aircrew’s visor or reticle. Although one major disparity between a Head-Up Display and Helmet Mounted Display is that the HUD is used in commercial, corporate and military aviation but the HMD is almost exclusively in military aircraft.

As mentioned, the HMD is mostly used for military purposes. However, it is flexible and can serve different functions.

Generally, a Helmet Mount Display provides the pilot with situational awareness and an enhanced image of the scene which minimizes distractions and also helps them focus on the task at hand especially in high-pressure situations as is with air combat.

For such cutting-edge technology to be used by the military, it has to bring a lot of benefits to the one using it. For example, it makes things easier for the pilot. While not many people have had the chance to sit in the cockpit of a military aircraft while in action, from the outside looking in, it looks like a high-pressure place to be. With the Helmet Mount Display, the job is easier for the pilot because they have every vital piece of information right in their face. In addition to that, targeting weapons is also easier because all you have to do is turn your eye to the direction you want it to go. 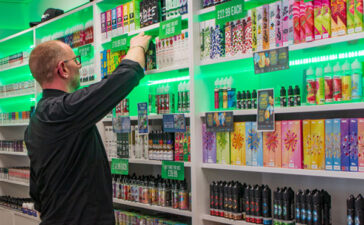 What Factors to Consider While Dealing With Disposable Vape Shop

Personalised Gifts That Talk Your Heart